Does your company need to recover a sensitive asset or money?

In most cases, the success or failure in recovering an asset can be based off of the initial moments of asset tracing efforts. Asset tracing is difficult, requires thorough planning, and in-depth detail-oriented preliminary investigations. GTAC can assist in tracing financial and physical assets. We are well-connected to members of several Asset Recovery, Anti-Corruption and White-Collar Crime committees. We assist law firms, global companies, banks and high net-worth individuals and cooperates with banks, attorneys, Financial Intelligence Units (FIUs), and public and private forensics specialists.

Suisse Secrets 2022
The client rosters of Swiss banks are among the world’s most closely guarded secrets, protecting the identities of some of the planet’s richest people and clues into how they accumulated their fortunes. Now, on February 21, 2022, an extraordinary leak of data from Credit Suisse, one of the world’s most iconic banks, is exposing how the bank held hundreds of millions of dollars for heads of state, intelligence officials, sanctioned businessmen and human rights abusers, among many others. A self-described whistle-blower leaked data on more than 18,000 bank accounts, collectively holding more than $100 billion, to the German newspaper Süddeutsche Zeitung. 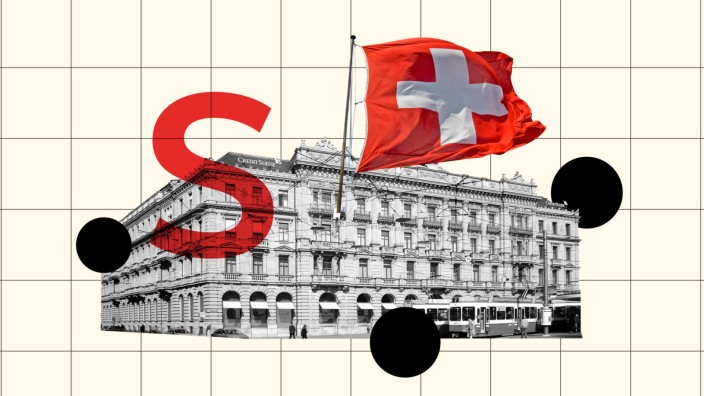 The newspaper shared the data with a nonprofit journalism group, the Organized Crime and Corruption Reporting Project, and 46 other news organizations around the world, including The New York Times. The data covers accounts that were open from the 1940s until well into the 2010s but not the bank’s current operations.
Among the people listed as holding amounts worth millions of dollars in Credit Suisse accounts were King Abdullah II of Jordan and the two sons of the former Egyptian strongman Hosni Mubarak. Other account holders included sons of a Pakistani intelligence chief who helped funnel billions of dollars from the United States and other countries to the mujahedeen in Afghanistan in the 1980s and Venezuelan officials ensnared in a long-running corruption scandal.The leak shows that Credit Suisse opened accounts for and continued to serve not only the ultra-wealthy but also people whose problematic backgrounds would have been obvious to anyone who ran their names through a search engine.

Pandora Papers 2021
The Pandora Papers (the name Pandora comes from the Greek myth about a sealed jar containing the world’s evils) report was based on what its authors described as 11.9 million records leaked from 14 firms in the offshore financial services industry, depicting how the wealthy hide their assets. More than 600 journalists in 117 countries worked on it. The Pandora Papers established links of offshore activity to more than twice as many politicians and public officials as did the Panama Papers, an incriminating report about the offshore banking industry released by the journalism consortium five years ago. The Pandora Papers include information on more than 330 politicians and public officials from over 90 countries and territories, including 35 current and former country leaders. The data was obtained by ICIJ, the International Consortium of Investigative Journalists in Washington DC and has led to one of the biggest ever global investigations.

FinCEN Files 2020
In September 2020 the FinCEN Files exposed the failure of major global banks to stop money laundering and financial crime. The files were obtained by BuzzFeed News which shared them with ICIJ, and 400 journalists around the world.

Paradise Papers 2017
A huge batch of leaked documents mostly from offshore law firm Appleby, along with corporate registries in 19 tax jurisdictions, which revealed the financial dealings of politicians, celebrities, corporate giants and business leaders. The the identity of the source is unknown. The 13.4 million records were passed to German newspaper Süddeutsche Zeitung and then shared with the ICIJ.

Panama Papers 2016
Until Pandora this leak was seen as the daddy of them all in data size. This dump carried 1,500 times more data than the Wikileaks dump of sensitive diplomatic cables in 2010. The Panama Papers came about after an anonymous source contacted reporters at German newspaper Süddeutsche Zeitung in 2015 and supplied encrypted documents from the Panamanian law firm Mossack Fonseca.

Swiss leaks 2015
This ICIJ investigation, involving hundreds of journalists from 45 countries, went public in February 2015. It focused on HSBC Private Bank (Suisse), a subsidiary of the banking giant, and so lifted the lid on dealings in a country where banking secrecy is taken for granted. The leaked files covered accounts up to the year 2007, linked with more than 100,000 individuals and legal entities from more than 200 countries. The investigation was based on data leaked by a French-Italian whistleblower, though the ICIJ got it later from another source.

Offshore leaks 2012-2013
This was about a tenth of the size of the Panama Papers but was seen as the biggest exposé of international tax fraud ever when the ICIJ and its news partners went public in November 2012 and April 2013. The ICIJ cites “two financial service providers, a private bank in Jersey and the Bahamas corporate registry” as the sources, but says nothing more other than it was “data obtained”.

Passport Papers 2021
This is a joint investigation into the sale of passports as a legalised transaction by the Daphne Caruana Galizia Foundation, The Guardian, Dossier Center and five independent media organisations in Malta: Lovin Malta, Malta Today, The Malta Independent, the Times of Malta and The Shift.